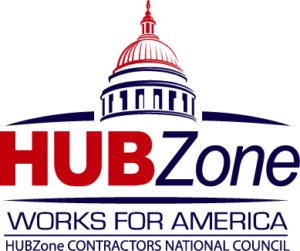 Have you considered applying to get your small business HUBZone certified?

HUBZone is short for “Historically Underutilized Business Zone Program.” These areas, which typically have above-average economic development needs, have been flagged by the Small Business Administration to give more contracting opportunities to small businesses located in HUBZones.

The HUBZone program is one of seven core Small Business Administration certification programs. According to the SBA “the HUBZone program fuels small business growth in historically underutilized business zones with a goal of awarding at least 3% of federal contract dollars to HUBZone-certified companies each year.”

What are the benefits of the HUBZone program?

The benefits of the HUBZone program are set-asides for HUBZone firms and 10% price evaluation preference and full and open competition.

One of the big draws of the HUBZone program is that HUBZone firms that are also certified in another area (such as woman-owned, 8(a), etc) are particularly attractive to contracting officers.

The SBA’s goal of awarding at least 3% of federal contracts to HUBZone-certified companies has not occurred yet. There are a lot of HUBZone set-asides in particular industries, such as construction. And unlike the 8(a) program, there is no time limit for how long you can participate in the HUBZone program. It can be a nice, long participation.

What are the eligibility requirements for HUBZone?

The basic qualifications for the HUBZone program include:

Are there any exemptions?

Tribally-owned entities do not have to adhere to the principal office or employee requirement. However, they must staff HUBZone contracts with at least 35% HUBZone employees who reside on the reservation or in an adjacent HUBZone.

What is the HUBZone application process like and how long does it take?

What are the costs associated with HUBZone certification?

There is no fee to apply to the HUBZone Program. Given the arduous nature of the HUBZone application, many business owners choose to engage experienced advisors to assist with the process.

Our team offers expert advisory services on an hourly basis to assist with organizational structure, HUBZone eligibility determination, and HUBZone application services from initial application preparation through final determination and beyond. We will provide an hourly estimate for our anticipated level of effort based on your company’s individual needs, and work with you to identify a reasonable budget to complete the application process.

Email us at team@govcontractpros.com so we can get to know you and identify how we can best help with your HUBZone application.